SCENARX is a software for management of the scenario stored on the F420 module for the MyHome Bticino® system.
This software controls the functions of the scenario module like run scenario, delete one scenario or clear all memory, it also has ability to send the open-frame on the system.
The program lets you write commands openwebnet manually or through the wizard, just choose the type of control (lighting, automation ...), the type of command to be sent and the address of the actuator (who - what - where).
You can create up to 16 scenarios with 100 commands each one saved in a single file, with the ability to assign a name to each scenario, allowing offline programming.
With this mode of data saving from scenarios module and the web server configuration in one file, you have the entire configuration of an apartment, simpler management without having to reconfigure multiple parameters (WS, A, PL, BUS) .
Programming a scenario has never been easier, without moving from the PC you can program one or more scenarios or recall them without touch your system.
Each command or scenario can be tested to verify operation thus reducing programming errors.
This program is freeware and supports Microsoft® Windows. 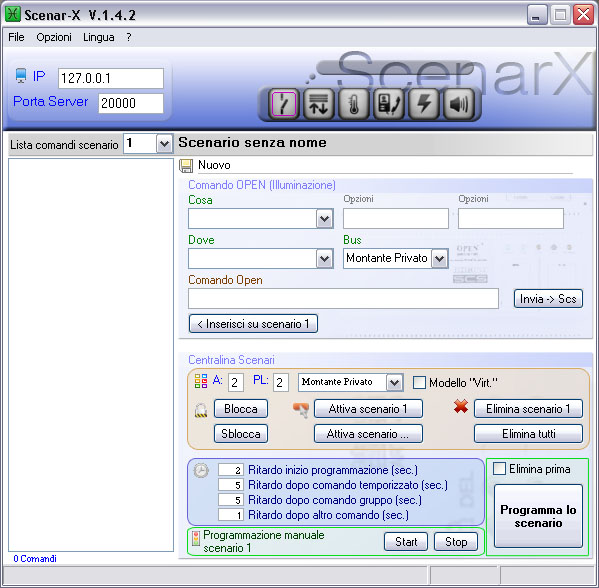 Do you like this software?
You can make a ..